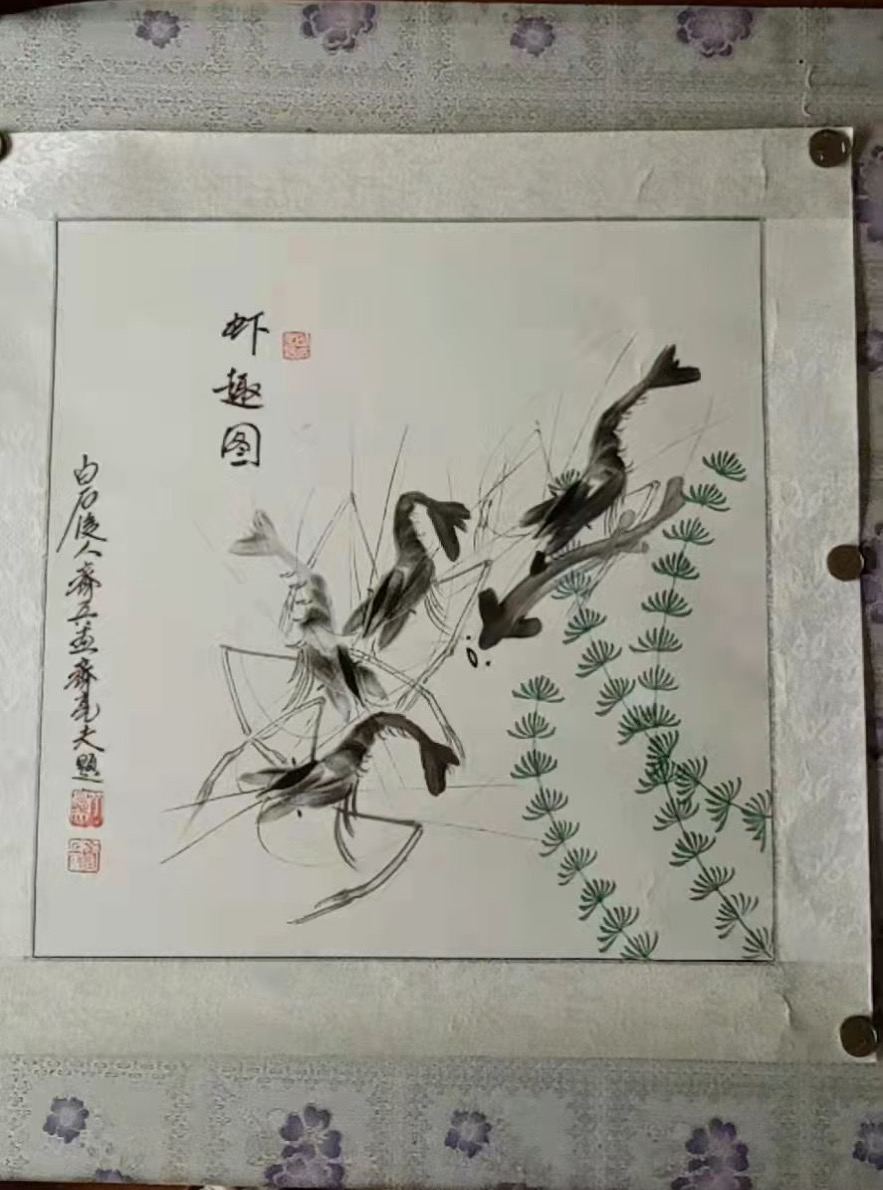 Although the body of shrimp is small, it has a hard coat. It is pure and transparent. It not only expresses a high quality and honest mind, but also reposes the painter's pursuit of self-cleaning. Qi Baishi painted shrimp as a unique gift. Qi Liang Fu's teacher was influenced by Qi Baishi's old man. She not only love to paint shrimp, but also the shrimp painting in her writing is mainly about the beauty of the shrimp's artistic conception, and focuses on the essence of odd photos rather than form. This prawn picture is vivid and vivid, with both form and spirit, and emphasizes the transparent texture of shrimp painting. When he painted the shrimp, he would add a heavy ink on the shrimp head before the light ink was dry to show the hard shell of the shrimp head and better set off the transparent feeling of the shrimp in the water. Then point out the eyes of the shrimp with two simple horizontal pens to show the dynamic posture of the shrimp. In terms of painting style, it advocates the characteristics of "beauty, beauty and liveliness" in the art of Qi school, pursues artistic conception and interest, combines work and writing, reflects the characteristics of Qi school in pen, ink and color, shows the style of Qi school art everywhere, and the shape and spirit of works are unique. It incisively and vividly shows the inheritance and development of Qi school art, and has very high collection value and appreciation space!